Just too unreal all this...

I have finally seen my joint all-time favourite musical (closely tied at the top with Legally Blonde the Musical of course). It may only be an amateur production, and I'll still never forgive myself for missing it on the West End, but Spring Awakening last night was AMAZING. I didn't take pictures during the performance, but you can probably see how the theatre (a converted farm building) was ideal for the play. 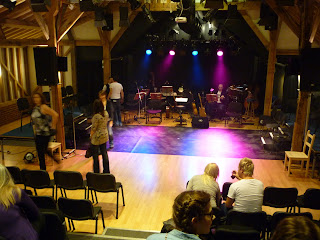 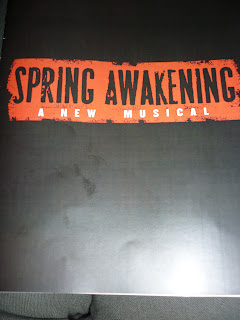 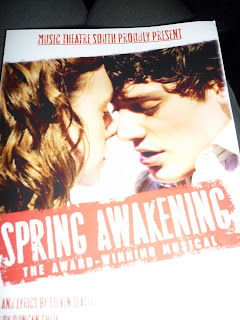 I could not have hoped for a better production off Broadway. Thank you so much to everybody involved, the singing and acting was so good, the band was fantastic and it was a beautiful venue. The entire cast was perfect but I thought Alex Deutsch as Melchior was particularly passionate and enthralling in his performance. I must confess I cried a little bit during Those You've Known. The whole thing makes me want to dress in a white dress and grey knee socks and move to19th century Germany, though from what I gather it wasn't that great. OK I'd settle for seeing it again on stage but they had to go and cancel it in London.
I guess I'll have to wait until either I can sneak over to America and catch it on tour or until the film comes out, provided McG doesn't ruin it.
Posted by Alys at 09:04