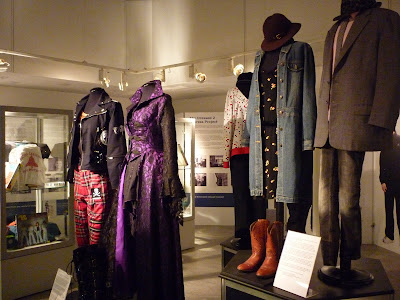 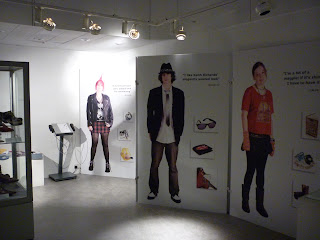 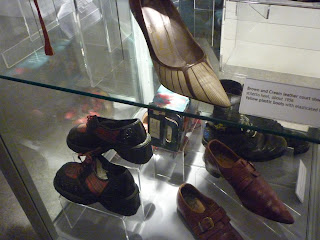 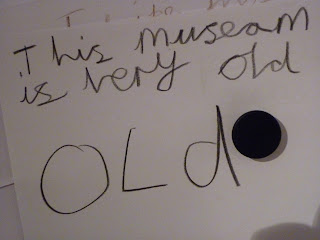 I went to this exhibition in Reading on Saturday called 'Dressed to Express', all about how teenagers used clothes to express themselves. It was very interesting and based around 8 different teenagers and their styles, though despite how good the exhibition was, I found some of the things the teens said a bit... un-thought-out.
For instance, there were two girls, one who dressed in a goth way and the other in a punk way. I have nothing against these styles, but one of them said something about how just following catwalk trends isn't expressing yourself, which I totally disagree with. OK, so some people might take their looks directly from the shows, but anyone really interested in fashion knows that this doesn't use fashion as a tool for showing your personality in the way it can be. Look at this quote from Anna Wintour:

"Create your own individual style. I'm not interested in the girl who walks into my office in a head-to-toe label look that's straight off the runway. I'm interested in a girl who puts herself together in an original, independent way." *

So even Anna Wintour sees your point about catwalk trends, however, the thing is, from my perspective, punk and goth are supposed to be about not dressing like everybody else, about rebelling against the system, which it was when somebody had the original idea in the 80's, but now so many other people have been there tried that, had that label put on them and sort of changed the whole point. So how is joining a teen tribe any different from copying the catwalk? Surely either way you are just dressing like other people?

In truth, expressing yourself through clothing is really about being independent and comfortable in what you're wearing (not always real comfort but you know what I mean). And I don't see how being part of a teen tribe: Goth, Punk, Hippy, Chav, Emo, Posh, Geek or whatever, is in any way independent.

*Source: The Teen Vogue Handbook
Posted by Alys at 17:25