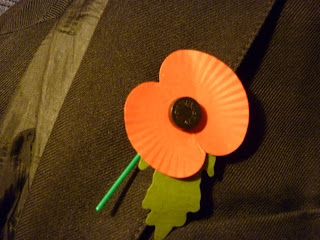 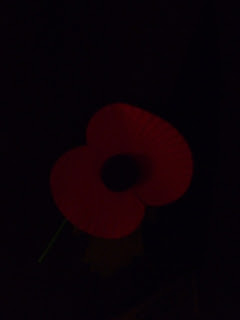 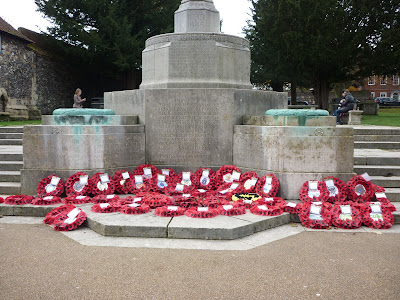 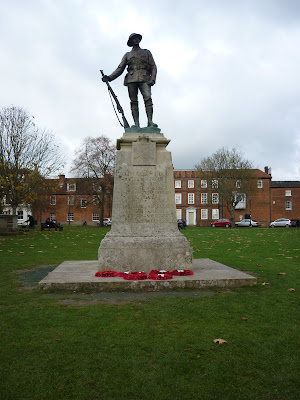 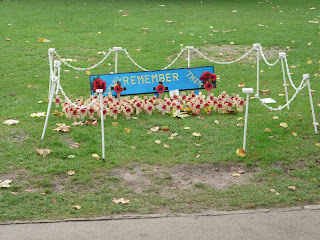 Of course, Remembrance Day calls for a post about poppies. Though first let me repeat a comment made by a librarian today when she saw people wearing their British Legion poppies in their hair: "It's not a fashion accessory", and she's right. It's not.

The reason I want to talk about them is the way wearing one reflects on my opinions and what people see them as. I bought one, of course I did, and I agree with what they raise money for and the importance of remembering. But I worry that by wearing one for these reasons, people will assume more about me.

Will they think I condone war?
I don't want them to.

But I don't want to seem disrespectful. So next year, I think I'll get a white poppy, which I'll wear with a normal poppy, which signifies that you don't agree with war. You don't see them very often actually, which makes me wonder if the BBC bans people from wearing a white poppy in addition to the one they are given as policy. You also don't seem to see them in the houses of parliament, which I find surprising due to the number of anti-war  (or at least Iraq war) politicians.

Some say that the white poppies are disrespectful, but when they were created by women who had lost their relatives in the first or second world war, how can they be? Please don't take anything I say as more than an opinion, but I really do think we should think about the message we send out, as ever, through what we wear.
Posted by Alys at 22:50