The REAL House of Dior 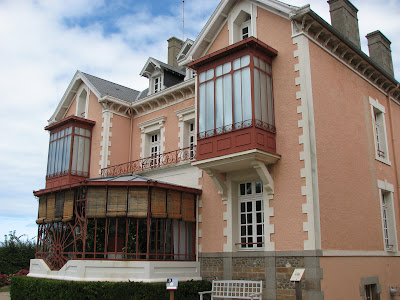 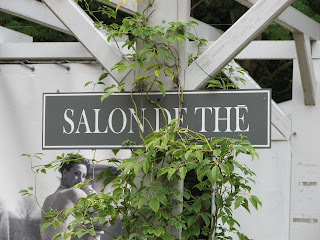 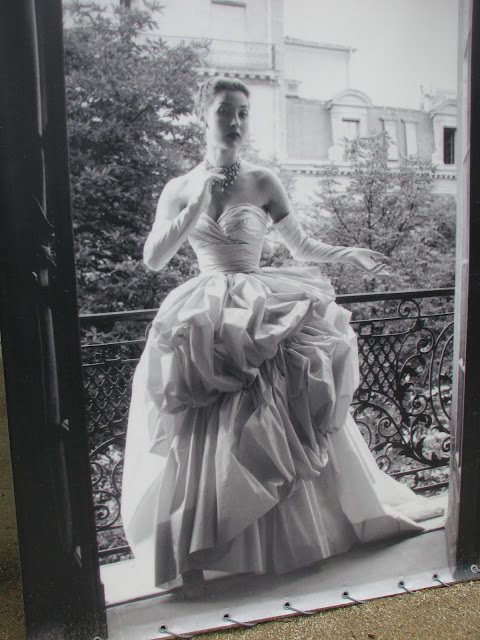 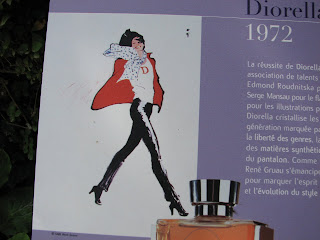 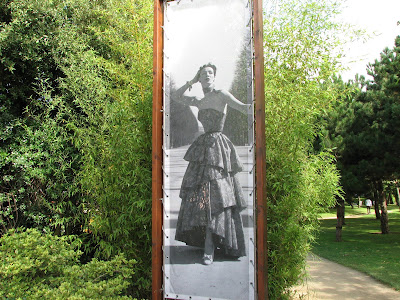 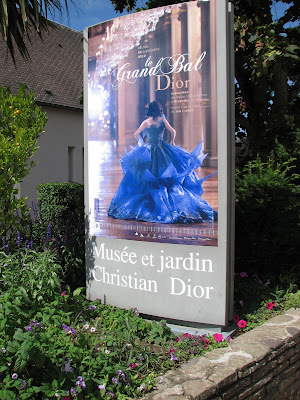 When you create dresses like Christian Dior, you must have some sort of beautiful surroundings to inspire those beautiful designs. In his case, it was his childhood home, Les Rhumbs in Granville, Normandy, France, which is now a museum dedicated to his career and the history of the label before and after his death. Ideally visited on a sunny day in August or a cool summer evening to wander around the gardens. When I went, the museum was displaying an exhibition of ball gowns, all of which were so beautiful I wanted to take them home, but alas, I was not even allowed to take a picture. I can tell you though that the crowning glory of the exhibition was the Dior Midnight Poison Dress, shown on the poster above, which was used in the advert for the perfume.
In the Salon de The, a tent was screening footage from the Dior 60th anniversary show at Versailles. You know, the one when John Galliano takes his bows in full on Toreador gear. Around the garden were full sized black and white photographs of models in Dior dresses printed on canvas and strung up in place of more traditional garden decor. There are also boards about each of the Dior perfumes with scented boxes so you can smell them. Diorella was my favourite.

Visiting the house seems like some sort of fashion pilgrimage, not just because Christian Dior lived there, but because it was his inspiration, and he obviously loved it very much. The garden has been made to his design and the views afforded by the house over the sea certainly inspired me.
Posted by Alys at 17:16