In the City of Blinding Lights 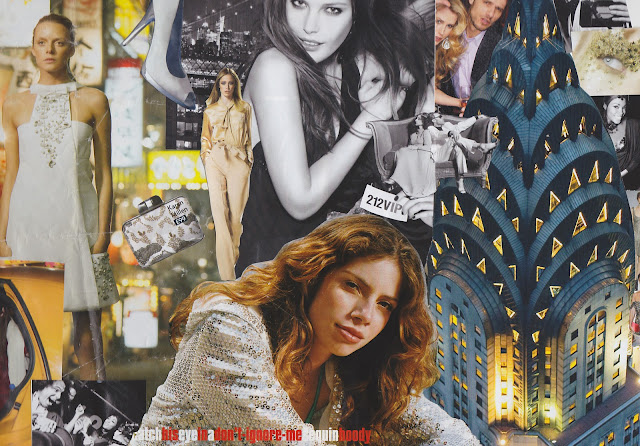 Advent day 8, and christmas parties are starting to happen. If you haven't already, you might want to put some thought into your NYE outfit. Some people will just buy one dress for the entire party season then accessorize it differently each night, whereas others just have to have something new each time which they'll never wear again. I tend to do a mix of the two.

The idea for this collage was the party season in the city. It was more than partially inspired by the ad for 212 VIP, which I love, so I used the main girl from that as the central focus. I also rediscovered this picture of a girl in a sequin hoody from an old CosmoGirl I had. I think it was actually from a summer shoot, but when it comes to partwear, I'll take anything that glitters!
Posted by Alys at 18:11