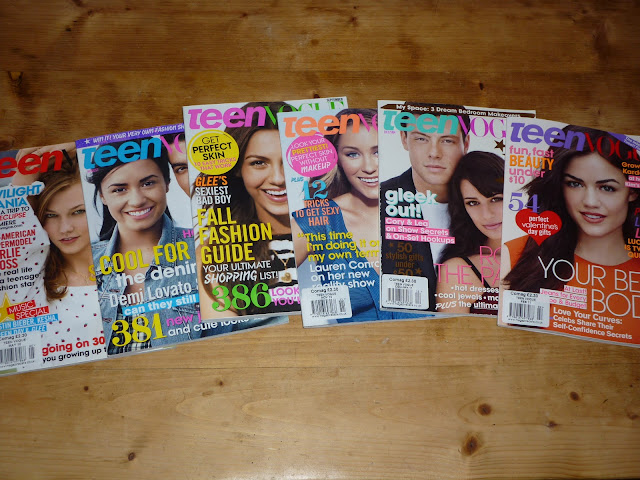 It was only May last year that I first picked up a copy of Teen Vogue. I don't know what I was expecting, since at this point, I had never even looked inside a copy of Vogue. I think I must have been more than a little intimidated by its notoriety, but I've managed to segue into it through reading its daughter publication.
I suppose what I was really expecting when I picked up that May issue (and it actually was the May issue in May, because of the time it takes for them to get it over here) was the same old teenage magazine I was used to reading. Something like Mizz, Bliss, Shout or Sugar, the kind of things I had started to become disappointed with, due to their lack of fashion pages and an overall shift of tone. I had realised that they were sometimes patronising, catered to a younger audience than they should have been aiming for and were generally preparing their younger readers for a diet of celebrity-obsessed gossip magazines.
I was pleasantly surprised by Teen Vogue, though. In fact, that's an understatement. I was blown away by how different and sophisticated it was to what I had read previously. But what was it exactly that made this magazine so much better?
1. The Fashion Editorial - The British teen mags I had read before used to have great fashion spreads. Over the years they reduced down and began to feature only one brand, turning them into 2-page advertisements for Tesco. Looking through Teen Vogue however, you notice things about the spreads. Just by checking who took the shots, who styled the looks and who is modelling them, you start to see big names. As well as that, the clothes are from a mix of high-end designer to high-street brands, prices low enough to be affordable alongside ones high enough for a girl to dream about. 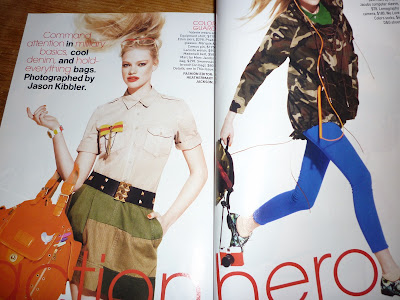 2. The layout - When I read Vogue, especially the American edition, I can see the similarities in terms of font etc. but what sets Teen Vogue apart are its colour, its boldness and the total overload of headlines on the front. It's very loud, and sometimes OTT, but it's perfect.
3. The cover stars - With the exception of Justin Bieber, every person I've seen on the front of the magazine since my first issue has been someone I have a genuine interest in reading about, and even if I have never heard of them before (case in point: Karlie Kloss), by the time I've finished reading the interview I'm in love with their style and have to know more.
4. The issues they address- Have you ever seen an article or advice column about a subject you'd like to know more about, then been disappointed that it ends up being the same old spiel? In the article pictured below, they addressed the issue of people who go to great lengths for a place in an Ivy League school. It was thoughtful, insightful and went far beyond the ordinary stuff they insist on repeating at teenage girls constantly. 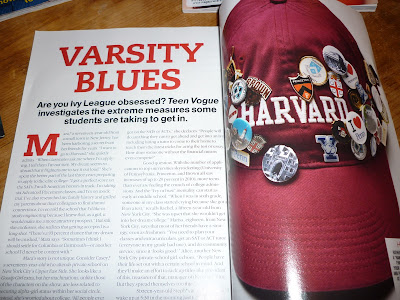 5. The view of culture - For me, it's vital, and sometimes amusing, to read an American perspective on teenage culture, but that's not the only thing I enjoy about their view. I just love how they've accepted that bloggers are a huge part of fashion now, and some are celebrities in their own right, you don't really get that in any British magazines.

6. The letters pages - This had to be the first thing that hit me in that all-important first issue. I was used to reader letters like this: "OMG I LUV JLS SO MUCH, THNKS 4 THE GR8 THING ON THEM" from Shaz in Northampton by text. So I really wasn't expecting: "Words cannot express how much I enjoyed the fashion story 'Global Citizens.' The styling was beautifully executed, and the eye makeup was fantastic. I loved the mix of models too!" from Gabriela in Guaynabo. 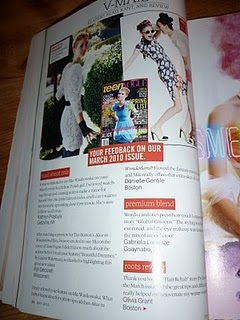 7. The ads - There's no overload of advertisements for Always and Tampax (though there are some) and random other stuff I have no interest in. They don't treat you as any less of a fashion-follower because you're young, and acknowledge this by keeping promotions for high-end designers within their pages, but keeping their audience in mind, and tending towards the cooler more youthful ones.


8. The overall tone - As I've mentioned before, I find a lot of magazines aimed at younger people sound patronising, but Teen Vogue steers clear of that trap. They do it, not by assuming you know more than you do, but by explaining things quickly and simply, then slipping the related twitter or facebook address onto the bottom of the page, allowing you to look something up if you don't know much about it.


9. The title - I don't mean what it's actually called, I just mean that I think it's clever how they put the iconic name of VOGUE on the front, then added a young, bold 'teen' which sums up their aesthetic.


10. The Teen Vogue Handbook - OK, not technically part of the magazine, but the product of it. If you want to work in fashion, and that's not just on a magazine, it's as a designer, model, stylist or publicist, you have to buy this. It has so much to read which would be interesting in its own right, but when you realise that they're letting you know exactly how each interviewee got where they are today. Mixed with amazing images and handy tips, this has become the book I pull out of my shelf and read for guidance, inspiration or just something good to have a look through. If you don't have a copy, you need one. 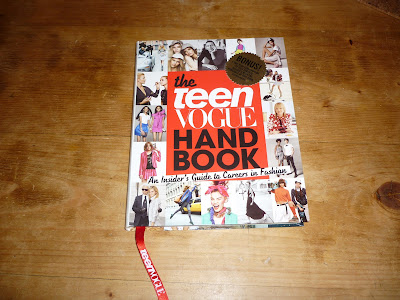 Sorry if any of that sounded a bit gushing. If it helps, there is one thing I don't like, the Index. Some rich and well-connected teen gets to show off how much nicer their clothes are than yours - what's not to dislike?
Posted by Alys at 21:53

And if anyone from the magazine is reading: yes, yes I would love an internship.
:D

ok i am now totally inspired i think this is now going on my list of fashion magazines i purchase every month. i loved the article and i love the blog. E.O.Wxxxx