And the nominees are... 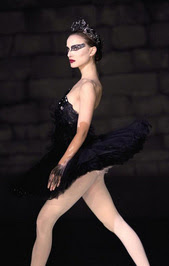 So the BAFTA nominations are in, and since it's the only award ceremony I actually watch (due to most of the others being broadcast in the middle of the night in this time zone) I've taken a look at the list. The big awards (best film, best actor, best actress etc.) look fairly similar to Golden Globes and critic's choice, but the one I was particularly interested in was Best Costume Design.
So without further ado, here's the list of nominees:

Now I've only seen two of the films in question (King's Speech and Alice) but I've seen plenty of publicity shots of the others and I have to say that the Black Swan costumes seem to me to be the most stunning. Having said that, there are some gorgeous dresses in Alice in Wonderland, and Jenny Beavan has done some legendary British films - Gosford Park, Sense and Sensibility, Emma - but I don't think she was given enough of a challenge in The King's Speech, which mainly requires mens' suits. In fact, all the designers have an exciting track record.I particularly like Louise Stjernsward, who designed for one of my favourite films - and one which frequently influences my style - Wimbledon.

So my pick for Best Costume Design is Jenny Beavan for Black Swan (which I'm hoping to see once it comes out here) but that's just me, who would you choose?