The Sun Always Shines On TV

Due to the recent glorious return of Glee to Monday nights in the UK, I decided set up a poll on IFB to find out what TV shows, if any, people were influenced by when dressing. The result was a resounding Gossip Girl and Sex and the City with some Mad Men and other things mixed in for good measure. I don't watch any of these shows, but I am influenced by the girls on 90210, Jamie Campbell Bower in The Prisoner, Downton Abbey and, of course, the varsity jackets and cheerleading uniforms in Glee. Here is a little something I made quickly this afternoon which fuses my influences with the most popular ones. There's a bit of The Hills, Desperate Romantics and, for some reason, Malcolm In The Middle. Which shows have an impact on how you dress? 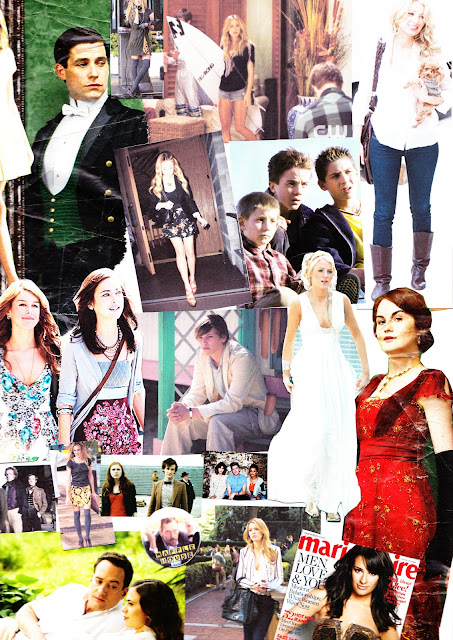 P.S. Sorry about the creases on Mary from Downton Abbey's face. I stole that picture from a magazine in the art rooms and it's been in my blazer pocket for a while now...
Posted by Alys at 18:31