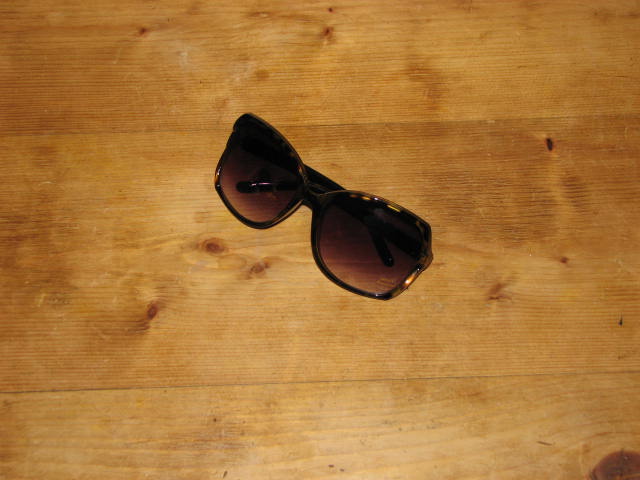 I've been searching for a pair of ridiculously over sized sunglasses so that I can hide jet lag when I go travelling, and at last I've found them! Tortoiseshell frames, UV protection and big enough to cover from above my eyebrows to beyond any conceivable dark circles. And all of this for just £1 from Primark! 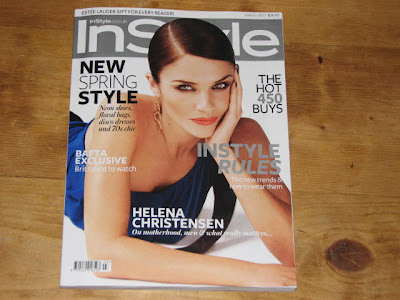 You may have gathered by now that InStyle and Teen Vogue are the only two magazines which I buy and read every month. Is it terrible that this month, I not only failed to recognise Helena Christensen, I also couldn't remember who she was? To be fair, she was crowned Miss Denmark 8 years before I existed and subsequently had the best years of her career before I was even capable of knowing. Still, doesn't really excuse thinking she was Hayden Christensen's sister/cousin/wife. 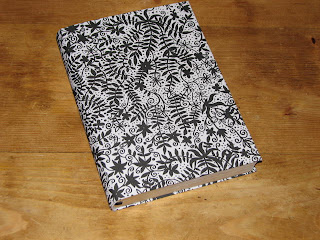 Just a pretty notebook from WHSmith for my writing, as I seem to have filled my old one up. How did that happen? I was sure I had only just been getting started! 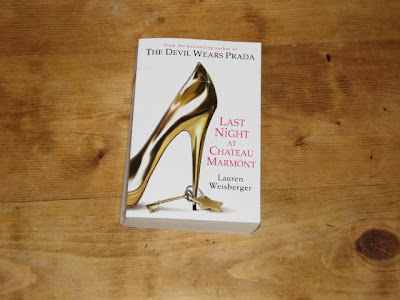 I love the Devil Wears Prada... as a film. When I read the book, I was sadly disappointed and thought that overall the film was better - a rare revelation. However, I did prefer the ending of the book, and since I'm obsessed with reading any and every book set in LA, I thought there were sufficient grounds for giving Lauren Weisberger a second chance. If anybody else has read Last Night at Chateau Marmont, I'd love to know what you thought of it. 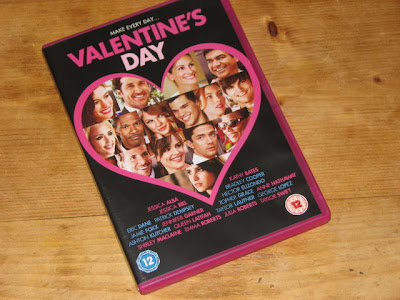 I know this got some bad reviews and its fair share of Razzie nominations, but with Valentine's Day coming up and my aforementioned love of Anne Hathaway movies and things set in LA, this was a perfect purchase. This movie can safely occupy the space between Love Actually (watched a million times, will watch a million more) and He's Just Not That Into You (one watch only) in terms of how much I how high I rate it. 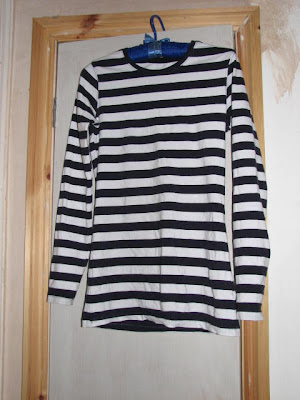 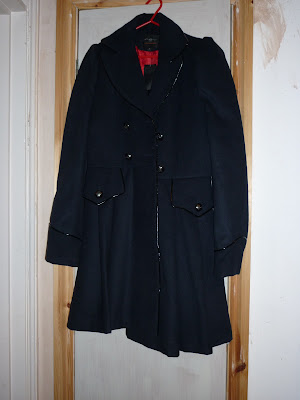 On the right is just a basic striped top from Primark, because I realised that I needed one in order to feed my emerging francophilia. It actually turned out that something like half my facebook friends wore a striped top yesterday, I have named this phenomenon: Multiple Synchronised Dressing.
And on the left... I believe you've already met my coat.
Posted by Alys at 21:48

Looks like some lovely purchases! I'm obsessed with magazines. I haven't read anything by Weisberger yet, but I did hear that the ending of Devil Wears Prada was better in the book! I did like He's Not That Into You, but didn't love it. Perhaps my man and I will have to rent Valentine's Day this season :)

That jacket is so cute. I love the piping. The book looks interesting too. I'll have to add it to my list.

Love that author! I've been wanting to read that!

your sunglasses are a great find! and that cracked me up that you thought helena and hayden are related. i would have thought the same thing!

The trench coat looks wicked! And that is one stylish notebook!

i remember valentines day coming out but I never read any of the reviews I thought it would be too much like love actually and those sorts of films. Was it really that bad?

I'm in the same boat as fuyume I wish I could attend but it's across the pond, I might see if I can catch some of it on the live stream though.

I myself was a part of this multiple synchronised dressing!! ;D