What is fashion's role in negative body image? 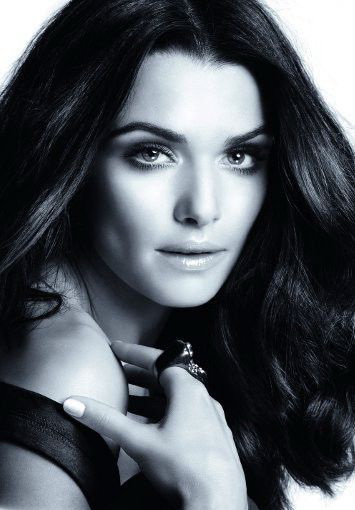 The debate about the media's pressures on the public today to achieve unattainable standards has taken many forms: size zero, airbrushing, sexism and over-sexualised young models. The image above is from an ad which was banned in the UK for being overly airbrushed and subsequently misleading about the product being advertised. It was mainly thanks to the MP Jo Swinson that this ban went ahead, and I was fascinated by Swinson's view on today's culture in the Guardian. She says it isn't just about airbrushing:


"it's about the whole range of body image pressure on men and women – but this kind of culture creates a huge amount of pressure on people, and that can lead to self-esteem problems. At extreme ends, we have rising rates of eating disorders, and we [also] have a much larger section of the population that engages in what they would call disordered eating rather than eating disorders. And then, from an educational point of view, there's research that shows young people are less likely to participate actively in class on days when they're not feeling confident about their appearance."


Now there are many reasons for our culture to be like this, it could be a reaction to rising levels of obesity, improvements in plastic surgery and other cosmetic procedures which make the standard higher or may even be a result of the fact that social networking sites mean that the average person has more photos of them floating around the interenet than ever before. The thing is that fashion often tends to land right at the centre of any debate, alongside the beauty industry.


The question is whether fashion as it is today is perpetuating this culture, or whether it is just an easy target for those who have never understood the art of expression through clothes. Personally, I can see both sides of the argument in a lot of cases, for instance in the recent story about Ananda Marchildon. The winner of Holland's Next Top Model was recently fired from her modelling contract, which she won as part of the show for becoming "too fat". On first impression, this seems completely outrageous, since she had not yet received the promised amount of money which she earned the right to by winning the show. She was to earn this money by compelting modelling assignments, however, the agency claim that she exceeded the size they allow... by about 2cm. This meant that they claimed they could not secure any suitable jobs for her, and were unable to make back the promised money.


In defence of the agency, it is acknowledged in the industry that catwalk clothes only come in a certain size, and what can they be expected to do when a model simply will not fit the garment? This issue could be viewed as not the fault of the agency, but more of the industry in general. Just because some standard or regulation says that the clothes should be a certain size, that doesn't mean that a woman with frankly a rather amazing figure like Ananda (above) will not look good in pretty much anything she wears.


So has it always been like this? My view is that there has always been a kind of aspirational figure for each age, and it has always been out of reach for the average fashion fan, whether because of body type, funding or just not being the right kind of person to pull it off. As new ways of staying thin, beautiful and young forever have emerged, that unattainable ideal has become closer to our reach... then it moves further away into the realms of near-impossible.


I think that the reason it has become increasingly pressured in recent years is because you can now access images of perfect-looking people at any time of day anywhere in the world through the internet. the expansion of fashion magazines into websites and the explosion of fashion blogging has played no small part in this. however, it is certainly not the only factor. Social networking sites allow all the photos ever taken of a person to be accumulated in one place, so people are now more aware that any badly-taken shot will be visible to a good few hundred of their 'friends' and even Pinterest can sometimes turn into what looks like an unhealthy obsession with desperately trying to stay in shape.


However, I do think that something needs to change in fashion. I'm not suggesting anything radical, because I understand the importance of displaying clothes to their best advantage for the purpose of sustaining an industry based on appearance. Nigel from Devil Wears Prada was certainly not being serious when he said "Yes, because that's really what this whole multibillion-dollar industry is all about, isn't it? Inner beauty".
All the same, it could be beneficial to, well, loosen up a bit. Obviously, this world relies on the dates and times in busy diaries being kept to the letter and every flaw being eradicated. But would it really hurt to just run with the imperfections every once in a while? I often think that a photo of a model which looks natural, undone, perhaps a bit blurred and certainly not plastic or overly airbrushed is far better than one which is barely recognisable as a human. It is hard to pinpoint exactly what needs to change, but Ananda winning her court case would be a good start.

I definitely think fashion is an easy target. I think one way to stop it is to stop supporting that image. I'm very against Karl Lagerfeld who claimed that he doesn't want fat people in his clothes. I like to promote brands/fashion labels that represent more "real" women. If the fashion industry sees a need for a size 4+ model versus 0 then they would change so we as consumers have to show them that we're tired of seeing size 0 models.

I think that the media and the fashion industry at large support an unrealistic standard of beauty and promote an unhealthy body image. The fashion industry's use of a smaller than average sample size for shows is their choice. Some designers are fighting back against this by including models of different shapes and sizes in their shows and ad campaigns, but they are still a long way off. I hope Ananda wins her case not just for her own sake, but hopefully it will help eradicate this silly one size is beautiful mentality that the industry has.

Great post! Congrats on making links a la mode too.

Great thought provoking post. Thanks for sharing your thoughts!

Great post...I think that fashion is just one of several industries that markets towards an extremely vain woman. Diet companies, makeup companies, etc. all prey on women' deepest insecurities, and something definitely needs to change!